Skip to content
Atrial Fibrillation is the most common heart rhythm disorder in primary care and increases the risk of stroke considerably in most sufferers. In order to reduce this risk, high risk AF patients should be anticoagulated either with a VKA (i.e. Warfarin) or with a Direct Oral Anticoagulant (DOAC). Whilst Warfarin has been used for many […]
A project aimed at preventing fatal strokes in those with Atrial Fibrillation is now underway with 23 demonstrator CCGs across England receiving part of the £9 Million put forward by NHS England. The funding was allocated by the NHS to pay for virtual clinics in which Pharmacists can assist GPs in the detection and management […]
Improving the Quality and Outcomes Framework (QOF) An extensive review into the QOF was launched in 2017 involving analysis of evidence, engagement with practices, organisations and the public. Whilst the review concluded a ‘significant refresh’ is needed, the general consensus in England, unlike Scotland and Wales is for evolution of QOF over abolition. Positives of […]
The Oberoi Stroke Prevention & Case Finding Service was rolled out across all of NHS Darlington CCG’s 11 GP practices in June 2019. Professor Ahmet Fuat, renowned for his expertise in Primary Care Cardiology, headed up its introduction and supported deployment at the practices which serve 108,273 patients in County Durham. Public Health England (PHE) AF […]
Atrial Fibrillation (AF) is a type of arrhythmia which significantly increases the risk of stroke in affected patients. AF falls under Cardiovascular Health and is therefore a top priority under the NHS’s Long-Term Plan. Following on from a pilot in the South London CCG of Lambeth, the NHS has recently rolled out a £9 million […]
Hundreds of lives could be saved thanks to a ground-breaking new service from Oberoi Consulting which will help GPs to identify and correctly treat AF patients at risk of stroke. The Oberoi SPAF & Case Finding Service assists GPs with the complete management of patients with Atrial Fibrillation (AF), a heart condition which causes an […]
A NEW apprenticeship and internship programme has been launched by Oberoi Business Hub, days after its founder took part in The Apprentice. Kavita Oberoi OBE was a panellist on the programme’s aftershow ‘You’re Fired’ on BBC2 last week. The successful entrepreneur – who has three businesses in Pride Park – has now decided to follow […]
A Derby entrepreneur will be a panellist on tonight’s (18th Oct) The Apprentice: You’re Fired show.The BBC Two programme is a spin-off from The Apprentice, which airs at 9pm on BBC One.In today’s episode, candidates are tasked with selling robots by Lord Sugar.After it has finished at 10pm, viewers will be able to switch over to BBC Two, […]
On Tuesday 3rd October Kavita Oberoi OBE hosted a Marketing Derby Bondholder Breakfast at the Roundhouse to launch the new phase of the Breakfast Club project. The scheme, to offer funded breakfast’s through local business to children across Derby city schools, is a collaborative project between Derby City Council, leading City entrepreneur Kavita Oberoi OBE, […]
Westcliffe Surgery Group in West Yorkshire now has 60 additional hours towards patient care thanks to Oberoi Consulting. A simplified and faster billing solution has made back office tasks much less time-consuming and saved 60 hours of staff time per month, thanks to the implementation of a new automated system developed for the Westcliffe Group […]

If you have any questions about anything on our website, please feel free to contact us at any time, using this contact form, and we shall get back to you as soon as we are able. 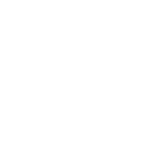